Our lab investigates a broad number of topics in social psychology, with overlap to neighboring disciplines such as motivation science, health psychology, personality psychology, and behavioral economics. These collaborative projects include research on self-control and self-regulation, social comparison, intergroup relations, moral judgment, sustainable lifestyles, consumer and health behavior, social media, and close relationships, among others. On this page, we provide a brief overview of some ongoing or recent lines of research.

Identity and prejudice in everyday interactions 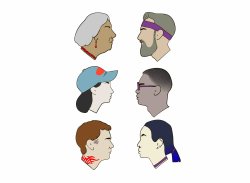 The vast majority of research on intergroup relations looks at a single dimension of social categorization: we study racism, sexism, or anti-immigrant attitudes. Yet, every individual we encounter in our everyday interactions would simultaneously belong to multiple social groups. The overarching goal of this project is to advance our understanding of how our own and others’ multiple group memberships contribute to our experiences of everyday interactions. The project combines three research lines. First, we aim to develop an information-based account of prejudice by investigating how people make inferences about individuals from their multiple group memberships. Second, we focus on the bi-directional relationship between intergroup contact and attitudes in everyday interactions. Third, we aim to uncover how minority groups cope with everyday experiences of discrimination and how their multiple identities might help them in this process. The project employs research designs with high ecological validity, such as ecological momentary assessment (experience sampling), factorial survey experiments, and virtual reality (VR) experiments. The project is funded by the German Science Foundation (DFG).

Motivating slogans on stairs, happy faces on trash cans or shocking images on cigarette packets are common public policy tools nudging people through to the right decision (e.g., the healthier, environmentally friendlier or more social decision). Thaler and Sunstein (2009) defined nudging as influencing people's behavior in a predictable way without using prohibitions or economic incentives. They stress its voluntary and transparent nature. A policy tool promoting environmental preservation and people’s well-being without manipulating their decision-making processes sounds promising. In this project, we wonder what citizens actually think about being nudged? Who accepts which public policy measures and why or why not? We propose that people who tend to attribute the responsibility of making the right decision to external factors (such as the presence or absence of proper regulations) rather than to their own show a higher acceptance of public policy tools in a given domain (e.g. smoking behavior, physical activity, environmental care). We also explore if people´s acceptance ratings are influenced by their political affiliation. Further, we investigate if the perceived intrusiveness, transparency and effectivess of these measures affects their acceptance ratings.

This project is part of the Research Area on "Markets and Values" from the Cluster of Excellence of "ECONtribute: Markets & Public Policy", a joint initiative of the Universities of Bonn and Cologne funded by the German Excellence Strategy. 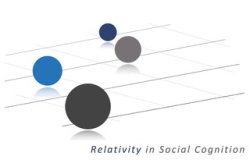 People often strive to improve on important challenging goals, such as the wish to lead a healthier lifestyle, to save more money, or to climb up the career ladder. However, these struggles for self-improvement do not occur in a social vacuum. Rather, people often turn to their social environment to assess their current standing. Depending on the outcome of such social comparisons, people may receive a motivational boost and invest additional effort into their projects (“pushing”), slow down and feel good about themselves (“coasting”), or even disengage entirely (“giving up”). However, despite decades of research into social comparison processes, the fundamental connection between social comparison and motivation remains ill-understood. This project investigates the motivating or demotivating role of social comparison processes for the pursuit of self-improvement goals—in laboratory and also in field studies, one in collaboration with the Deutsche Sporthochshule Köln (Prof. Markus Raab). Taking a dynamic perspective, we also look at how different motivational mindsets influence the strategic selection of social comparison partners. We hope to not only improve the theoretical understanding of the motivational implications of social comparison; The project may also help to design better campaigns and interventions in those fields in which self-improvement motivation or lack thereof has tangible benefits and costs, respectively, including health science, work psychology, and education. 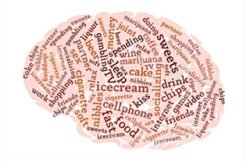 People pay less and less attention to their meals and often eat while watching TV, while driving, or while monitoring their computers. At the same time, foods and drinks have become sweeter, saltier, and fatter over the past decades. We argue that these are not independent trends. Engaging in activities requires mental capacity. This capacity is limited, leaving less room for processing of sensory information such as taste. We posit that mental load, induced by concurrent tasks or concerns, interferes with reward processing from consumption. Because people strive to obtain pleasure from the goods they consume, they employ compensatory behaviors to up-regulate hedonic value. We advance a new framework to understand this phenomenon, which we label hedonic compensation. We will integrate lab-based behavioral neuroscience experiments with experience sampling studies in the field. By linking neural reward responses to sweet substances with consumption, we examine how reduced hedonic processing under mental load leads to compensation. By extending our findings to other consumption domains, and to the real world, we study the general nature of hedonic compensation. This ORA project, jointly funded by the German Science Foundation (DFG) and the Netherlands Organisation for Scientific Research (NWO), combines the expertise of two research labs to gain more insight in the relationship between mental capacity, hedonic experience, and consumption, and in the problems resulting from an imbalance between these factors. This, in turn, may lead to new tools to help people live a healthier life.

Moral psychology has drawn heavily on lab experiments using well-controlled, but artificial situations. To study morality in everyday life, we have been conducting a large experience sampling study, the Everyday Morality Project (Hofmann, Wisneski, Brandt, & Skitka, 2014, Science) to investigate how often people experience or engage in moral or immoral acts in everyday life, how everyday morality relates to religion and political ideology, how morality is linked to happiness and sense of purpose, and dynamics among moral events such as self-licensing and moral contagion. In a recent article, we investigated a number of key determinants and consequences of the desire for moral punishment (Hofmann, Brandt, Wisneski, Rockenbach, & Skitka, 2018, PSPB).

Towards an Integrative Model of Self-Control 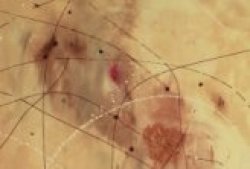 As the science of self-control matures, the organization and integration of its key concepts becomes increasingly important. Together with my then Ph.D student, Hiroki Kotabe (University of Chicago), we identified seven major components or "nodes" in current theories and research bearing on self-control: desire (or reward anticipation), higher-order goal, desire-goal conflict, control motivation, control capacity, control effort, and enactment constraints. We formulated the interplay of these components in an integrative model of self-control to unify these diverse and interdisciplinary areas of research, connecting research on reward processing, goal pursuit, conflict monitoring, motivational switching/balancing, executive functioning, effort allocation, and choice architecture, among other things (Kotabe & Hofmann, 2015, Perspectives on Psychological Science). The proposed theoretical framework is useful for highlighting several new directions for research on self-control and for classifying self-control failures and self-control interventions. 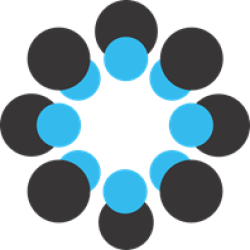 Beyond Us Versus Them: Explaining Intergroup Bias in Multiple Categorization

The psychological and sociological explorations of intergroup relations have traditionally focused on understanding prejudice and discrimination along a single dimension of social categorization: We study racism and sexism, anti-immigrant attitudes and homophobia, ageism and Islamophobia. What these studies fail to consider is that in real life, each of us belongs to multiple groups. Sociology experiences a boom of research on intersectionality, whereas psychological accounts of consequences of belonging to multiple social groups are still underdeveloped. This project aims to address this gap by investigating attitude formation in situations in which multiple group memberships of a target person are salient, i.e. in multiple categorization settings. Building on social cognition and intergroup relations literatures, we develop a theoretical framework that (1) differentiates between two routes through which group memberships can affect attitudes: ingroup bias and preference for higher status; (2) places perception of similarity as the main cognitive mechanism linking the information about group memberships of others to attitudes towards them; (3) incorporates individual- and societal-level moderators of the effects of group memberships on attitudes. The project brings attention to and opens up new avenues for the study of psychological consequences of the complexity of social worlds we live in.

Students who would like to apply for a research internship at the chair are welcome to send their documents (short CV and a letter of motivation) in English to the following email: psych-sozial@rub.de (Contact Person: Heike Splieth). We will ask the working unit about the demand and get back to you in case of free capacities.